So I recently bought an external 8tb WD elements drive to for backups from my Linux NAS. I decided to try using NTFS as the FS on it since I wanted the backups to be as compatible as possible with both Linux and Windows.

My backup script is below

Rsync runs at about 30-40mb per second, with about 70-80 of one core being used. That sucks since the drive is capable of 150~mb per second on windows.

Also, after backing up my over 5tb of data, I moved it to a windows machine, and discovered that the drive was 88% fragmented! That is crazy. 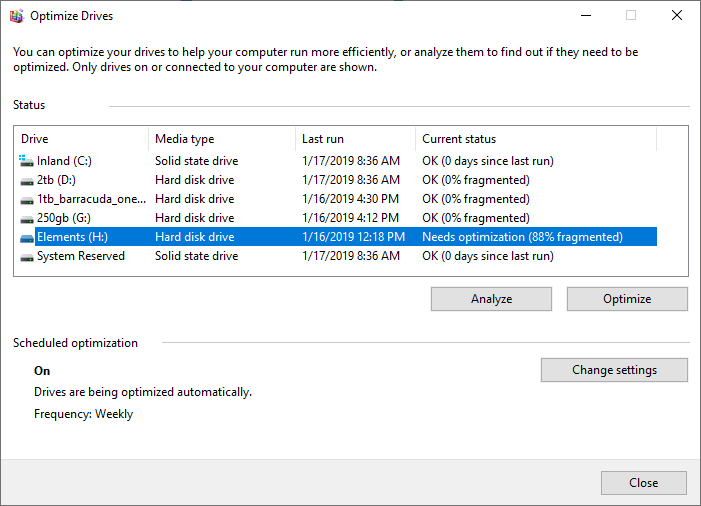 So overall, I will probably go with another FS next time and just live with not being able to access it on windows, or only accessible with a third party program install.